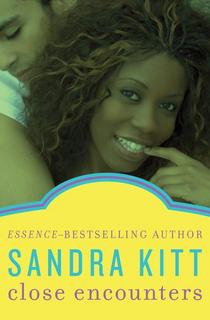 She could feel her heart beating too fast. There was a terrible burning in her chest, as if she'd been kicked very suddenly and very sharply and something inside her had torn. The pain seemed to be spreading outward. And it hurt to breathe. A draft seemed to have found a way inside her body and was freezing her, one inch at a time.  There was something wet on her skin, beneath her jacket and sweater. Sticky and warm. Every time she breathed it felt like someone was driving a knife deep into her chest.

What in God's name had happened?

Carol couldn't figure out why she was on the ground. Or where Max was. Or why this white man, dressed in dark blue, was bending over her. She couldn't see his face very well, and the details blurred as he kept moving. It made her dizzy and nauseous.

He held a gun in his hand, pointed at her.

Oh, my God…Carol thought, helpless to protect herself. They're going to kill me.

For a terrible moment there was not a sound except her own moans as nearly a dozen men stood staring down at her.  Then one man touched her, roughly running his hands up and down her legs, her arms. He searched through her pockets and pulled out her keys and ID folder, passing them to the man who had reached her first.

"My…dog…" Carol tried to say, but no one was listening.

"I don't believe this…" one of the men muttered, finally breaking past their immobility.

Someone's belt radio squawked to life.  Lee holstered his gun and searched for his cellular to call in a request for a medical unit.  The others turned their attention back to their own business and walked away from the woman bleeding on the ground.

But not Lee. He watched as she drew a deep, shuddering breath. She tried to focus her eyes, tried to talk.

"What?" Lee frowned and leaned closer to hear.

"Max? Don't worry about Max. Stay still," Lee ordered her. "You're going to be okay."

She was agitated, trying to sit up even though the effort was costing her tremendous pain.

"No, no…don't move. You just lie still." He put his hand out to force her to be still. Her coat was wet with blood, and it smeared on his hand.

"Lieutenant? Any change of plans?"

He made a fist of his bloody hand.  "Check with the Sergeant, and Detective Woods."

"I don't get it," the female officer said behind Lee. "What the hell happened?  Where did she come from?  Who is she?"

Lee had already asked himself those questions and had no answer.  He only hoped for now that the women didn't die.

Barbara leaned over the victim. 'What's your name?  Can you hear me? she asked loudly.

"Carol," Lee finished for her."

"Carol? Is that it?" The ambulance is on the way, Carol.  Okay?" Barbara turned to Lee

"She's probably a lookout," she murmured before walking away to converse with several of her colleagues.

Lee kept his opinion to himself. There was nothing about the woman that would connect her to the dealers they'd had under surveillance for nearly six months. She wasn't even dressed properly for the cold, suggesting she hadn't intended to be outside for very long. She carried no beeper or cellular, and she did have identification.  Street crews on drug deals did not carry ID.

Lee flipped open her ID folder and grabbed the arm of a passing officer.

"Let me use your light."

"Sure." The officer pulled a flashlight off his utility belt, twisted it on, and handed it to Lee.

Lee shone the light on the plastic sleeves. There was a medical insurance card, so she must have a job somewhere. An ATM bank card. Membership cards to MoMA and the Studio  Museum in Harlem. A driver's license. He stared at the square image digitized on the card. A smiling young black woman with shoulder-length hair that framed her face.

Carol Taggert. She lived only a few blocks away.

Lee closed the folder and glanced at the dead dog, then back to the woman, a clammy sweat breaking out as he considered the implications of what he'd discovered. He was relieved when he spotted the ambulance. He signaled his position and the vehicle pulled to a stop.

Lee stood aside and watched the EMT team go swiftly through its routine, checking her response and vital signs, determining the seriousness of her injuries. Then they strapped Carol onto a back-board and transferred her to the ambulance.

"Max…" Carol cried out when she realized she was being moved. She reached out to grab Lee's hand but couldn't hold on. He made no attempt to respond.

"Tackles the complexities of interracial relationships with sensitivity and realism. A passionate and provocative tale."

"Bestselling author Sandra Kitt's work has been praised as 'moving' (USA Today) and 'tense, thoughtful, and sensual' (Library Journal)…Close Encounters is a richly emotional story of two people struggling to make sense of their lives in the aftermath of a violent chance encounter."

Hailed by Eric Jerome Dickey as "a powerful, prolific, and remarkable writer," Sandra Kitt tells the passionate story of a single career woman who finds the love of her life after she becomes the guardian of an orphaned child

The Next Best Thing

Can an exotic summer fling in Italy turn into lasting love?