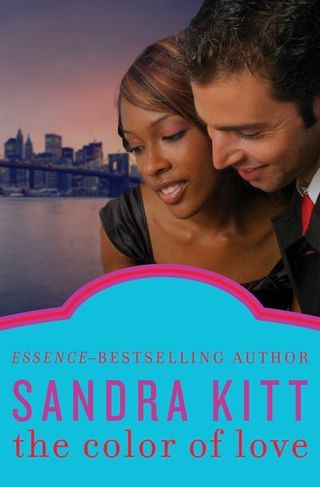 Leah Downey walked gracefully down the oak staircase while sipping from a half finished cup of coffee.  She was alone in the house and, for this morning at least, was grateful for the solitude.  The silence was like a vacuum, safe and hermetic, buffering her against a night spent with bad dreams. Properly awake now her mind was preoccupied with the presentation she had to make that morning. That and the fact that her sister, Gail, had not come home the night before nor had Leah heard from her.

Heading to the kitchen Leah pulled free the towel that she'd turban wrapped around her head during her shower. As she finger tussled her hair to loosen the thick strands, she heard a key turn in the front door of the three-story brownstone.  Her sister's voice could be heard down the narrow hall.

"I'm in the kitchen," she called out, refilling her coffee cup.

The early morning quiet of the large house was shattered with Gail Downey's arrival, with her clanging arm bracelets and tapping heels.  Leah turned to face her sister as she appeared in the kitchen doorway looking every bit as fresh and pulled together as when she'd left for work twenty-four hours earlier.

"Who's that man in front of the house?"

"There's some white man sitting on the steps to the basement.  Who is he?"

Leah Downey looked at her sister.  "Why didn't you ask him?  Afraid?"

"Not of some white man. Unless he's crazy."

Leah headed toward the living room, Gail right behind her. They looked out the window to the street below.  There, sitting on the steps, was a white man, his body hunched forward as he stared at the ground. He was dressed in clean jeans and sneakers and a dark blue windbreaker.  He had a day's worth of beard on his face.

Leah knew there was no danger.  She remembered him.  He had been standing in the middle of the street when she and Allen  arrived at her house the night before.  Allen had collided into him.

Leah turned to her sister. "You'd better go get ready if you don't want to be late for work."

"What about him?" Gail asked, pointing toward the silent figure.  "We should call the police."

Leah peered at the preoccupied man again.  "What for? He'd not bothering anyone.  Just go get ready."

"Is the Suit still here?" Gail asked sarcastically, turning away from the window.

"You know Allen never stays the night. He's either allergic to the sheets, or to me. Anyway, I sent him home. I had work to do."

"What on?" Gail asked, hanging up a jacket in the hall closet.

"Editorial presentation.  Cover art for the next list of book jackets."

"Now you're working on your own time? They're not paying you enough for this."

"You're right," Leah readily agreed, drinking from her coffee. "But I don't get the praise or the raise until I do the work."

Gail picked up her heavy tote from where she'd dropped it next to the base of the stairs.

She stepped out of her heels and bent to pick them up. She eyed her sister's coffee cup. "I hope there's more of that. Did you make breakfast?"

Leah smiled as Gail began to climb the stairs. "I'm not having any, and you don't have time."

Gail slammed a door upstairs, and the sound resonated for a second down the stairwell. Leah turned around and made her way back to the window. She thought that the early hour and Gail's unceremonious arrival would have stirred the man by now and he'd be gone. She looked out again.  He was still seated on the steps.  He hadn't moved. Leah turned sideways and leaned her shoulders against the window frame, and watched him.

She had no idea why she did. There was something about the slope of his broad shoulders, his lowered head, made her curious about him, and concerned. She'd experienced somewhat the same thing the night before when Allen had bumped into him. But right now he seemed so alone, so out of place on her doorstep, that it would be unkind to make him move.

Leah let the curtain drop into place and turned toward the kitchen. For whatever reason the man on her stoop brought to mind the man who always appeared, dark and dangerous in her recurrent dream. Except that her dream was always one of terror and the man in it was always trying to reach her, to hurt her.  Her dream was a stark reminder, in the dead of night, of being mugged at knifepoint two years earlier. And she had never been able to figure out the pattern that set into motion the terrifying adventures of her sleep state. But the dream happened often and always left her feeling defenseless…and angry, and alone.

"Leah? Can I borrow your black and white short dress? You know, the one with the square neckline?" Gail yelled from the floor above.

Leah frowned, puzzled. "You're going to wear that to work?"

"Of course not to work. I might need it for the weekend."

The weekend? Leah didn't ask. She shrugged. "Sure, go ahead. It's almost seven-thirty."

The door slammed again, a reminder to Leah that she was still in a robe.  She left to go dress for work.  Again considering the man in front of the house.  She realized he'd been there all night.  Allen had come home with her after work.  They were going to have a quiet home cooked dinner together.  He'd bought a bottle of wine at the corner liquor store.  He had been telling her in boastful details about his new promotion when he'd collided with the stranger.  The wine bottle dropped and smashed on the sidewalk, spraying Allen.

"You dumb ass," Allen had exploded. "Look what you made me do!"

The white man gave no indication that he was aware of what had happened around him. He had sad gray eyes. Hurt eyes.

Leah returned to the kitchen with her portfolio. Gail was at the door ready to leave.

"I should tell that man this is not a shelter for the homeless," she said, annoyed.

"I wish you'd stop talking as if you know him," Gail said.

Leah opened the door and ushered her sister through, out into the chilly late fall morning. "I'll take care of it."

Leah waited until her sister was out of sight before turning her attention again to the silent man. Suddenly he raised his head and turned to look directly at her. For a shocked moment their eyes met, and Leah felt a tumult, a frisson of some unnamed sensation that squirmed through her stomach. It wasn't fear, but it made her take full notice of him. Leah took a step backward into the house hurrying to get her things.  She had her hand on the doorknob but hesitated. She hastened back to the kitchen, retrieved an old coffee mug. She filled it with what remained of the coffee. Holding the cup carefully she left the house.

At the foot of the stairs Leah approached the stranger.  He didn't acknowledge the offered coffee.  Leah placed the cup next to him.  She didn't ask him if he was okay. Unlike Gail she didn't threaten to call the cops.

Half way down the block she glanced over her shoulder.  The man moved.  He picked up the coffee mug.  After a moment of staring into the black liquid, he drank from it. From where she stood Leah could just make out writing on the back of the windbreaker he wore.  It was a name, or title, or maybe a company.

"Tackles the complexities of interracial relationships with sensitivity and realism. A passionate and provocative tale."

"Bestselling author Sandra Kitt's work has been praised as 'moving' (USA Today) and 'tense, thoughtful, and sensual' (Library Journal)…Close Encounters is a richly emotional story of two people struggling to make sense of their lives in the aftermath of a violent chance encounter."

Hailed by Eric Jerome Dickey as "a powerful, prolific, and remarkable writer," Sandra Kitt tells the passionate story of a single career woman who finds the love of her life after she becomes the guardian of an orphaned child

The Next Best Thing

Can an exotic summer fling in Italy turn into lasting love?